Three Ways to Encourage Voting in the Community 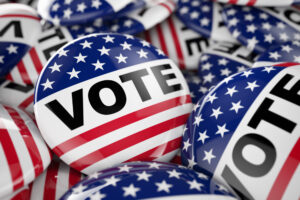 Believe it or not, it’s almost time for another election. This year has had so much going on that an election seems to be far from many people’s minds. However, the people we elect (especially at the local level) will have a significant impact on our community. Voting is the best way citizens have to make sure their thoughts are represented in government.

Here are three ways to encourage voting in the community:

As estate lawyers in the Raleigh area, we see first-hand how elections can influence the community. Our judges, courts, and eventually the laws that shape our community depend on educated voters making their choices at every election, not just the presidential one. At Thornton Law Firm, we know the importance of elections and their effect on the legal system. We encourage everyone to take part in electing our leaders.